I played a lot of games this year. Though it didn’t really feel like it, until I finally sat down to make a list. It also gave me a chance to finally catch up to a lot of games I missed from last year.

I LOVED the original Divinity: Original Sin, so when the sequel finally came out, I spent over 20 hours on just the starting area. Realizing I just wouldn’t have the time to play, I packed the game away for a later date. Thanks to Covid, that time finally arrived to dive in.

Unlike the first game in the series, you’re rewarded with a richer story by choosing a pre-made character instead of making your own. When I started, I had mixed feelings on this. Whenever I play an RPG, I often get into a headspace of “what would I do?” Not, “what would this character do? It was hard to get into at first because none of the characters really felt like they were mine. But the more I played, their tales wove together and the choices I could make ended up feeling like my story after all. 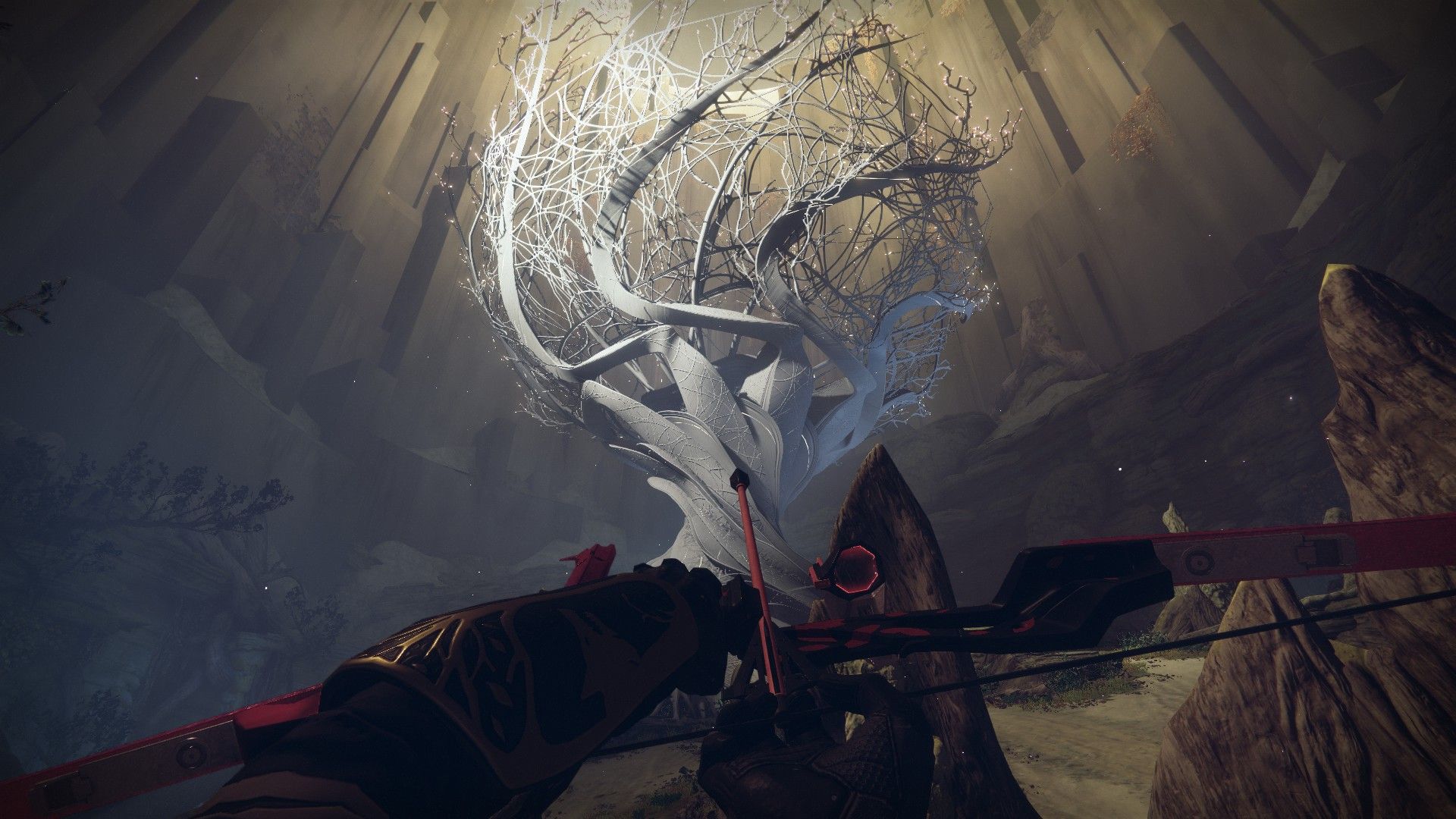 Surprise, Destiny 2 made the list again. This year’s season pass felt more like a living story expansion than just DLC. From seasonal events to challenges, it also kept me coming back to the Bungie store- whether it was to earn a dumb t-shirt or medal. This game still continues to be one of the best first person shooters for modern consoles. Plus the cross save ability between everything has let be jump between PC and console seamlessly. Destiny has a long future, and Im here for it. Not surprisingly, I ended 2020 the same ay I started it; by playing more Destiny.

The Last campfire filled a mobile itch I had since Monument Valley. Between the art style and the simple puzzle mechanics, it was a great little game to play fifteen minutes to hours before bed. 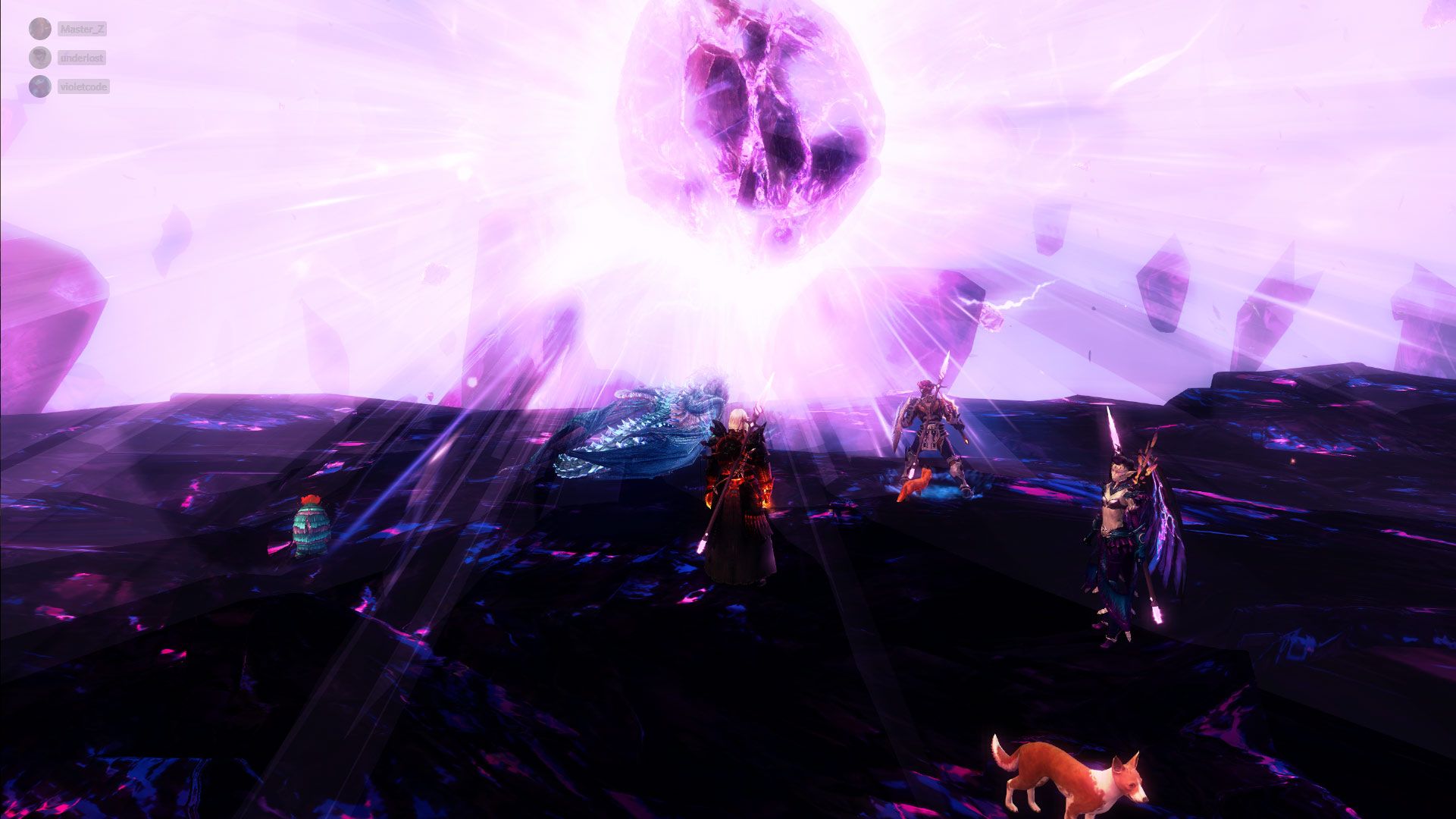 If you had asked which MMO I’d be played again in 2020, Guild Wars II would not have been on the list. Now over a decade since it’s original release, it may not offer as much content as something like World of Warcraft, but casual players, the content it offers still feels rewarding, even for small groups or solo play. While I know many who have been playing the game for years may not agree with me, for my friends and I, playing through the living stories, or completing collections such as the Skyscale flying mount, Guild Wars II continued to be a fun cooperative experience I was yearning for during isolating times. 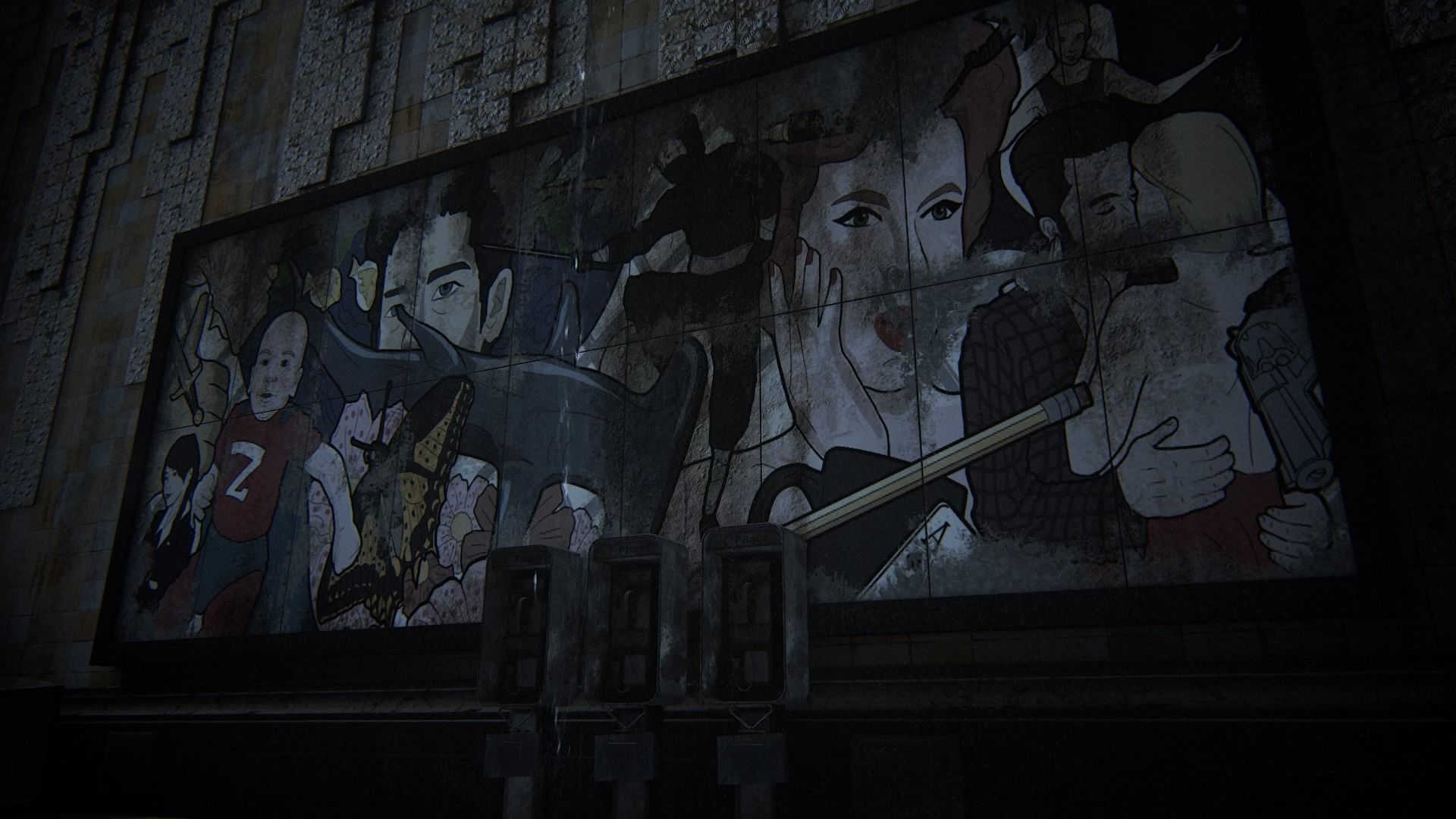 The Last of Us: Part II

From the hype and initial discussion around it’s use of ultra violence to tell a story, I wasn’t really sure what to expect from the sequel, or if I would even like it. The game constantly tries to outdo itself trying to shock the player. Sometimes almost too intense that I had to step back and take a break. That said, it felt like a well scripted 20 hour long movie adventure, that kept me engaged the entire time.

I can’t say I enjoyed the story arcs of any of the characters, but living in Seattle (where the majority of the game takes place), I think, was a key reason that drew me in. Running around the Pier, Pacific Place, the Convention Center, seeing these places that I used to visit on almost a daily basis, recreated almost flawlessly in a post apocalyptic environment gave me a weird sense of glee and deja-vu. Never having played before, but knowing there would be a stair case right around the corner, and actually seeing it, brought a unique sensation that Ive never felt from a game before that will leave a long lasting impression. 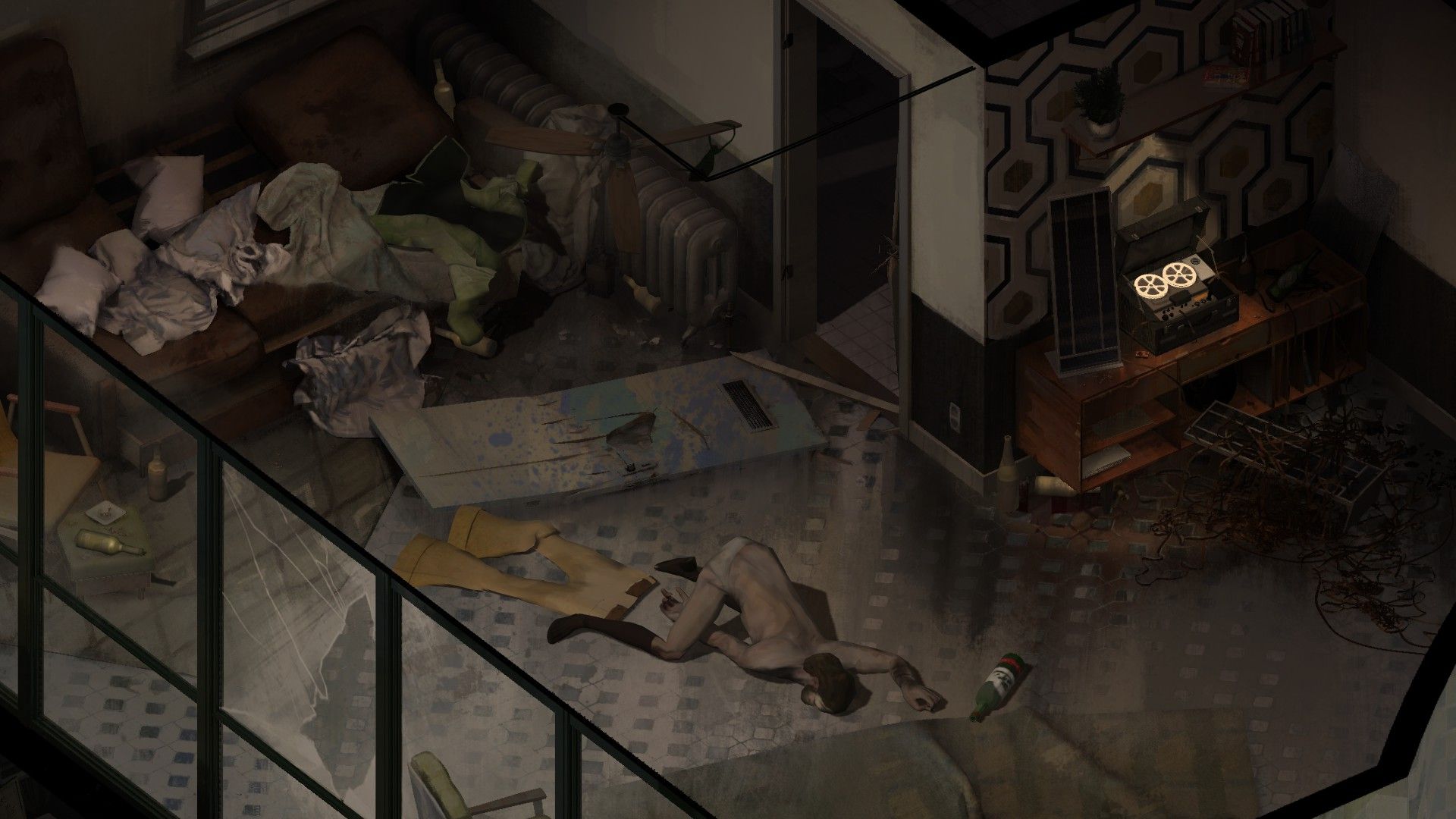 Technically another 2019 game I didn’t really pick up until 2020. Disco feels like a game with action waiting to happen…but rarely ever does. While the main premise is solving a murder os a futuristic noir setting, the real story is finding out who you are along the way. Are you a hot mess of a deadbeat cop with a redemption arc? Or are you the second coming of christ? For better or worse, the story is all about what you make of it. And that’s the beauty of it. 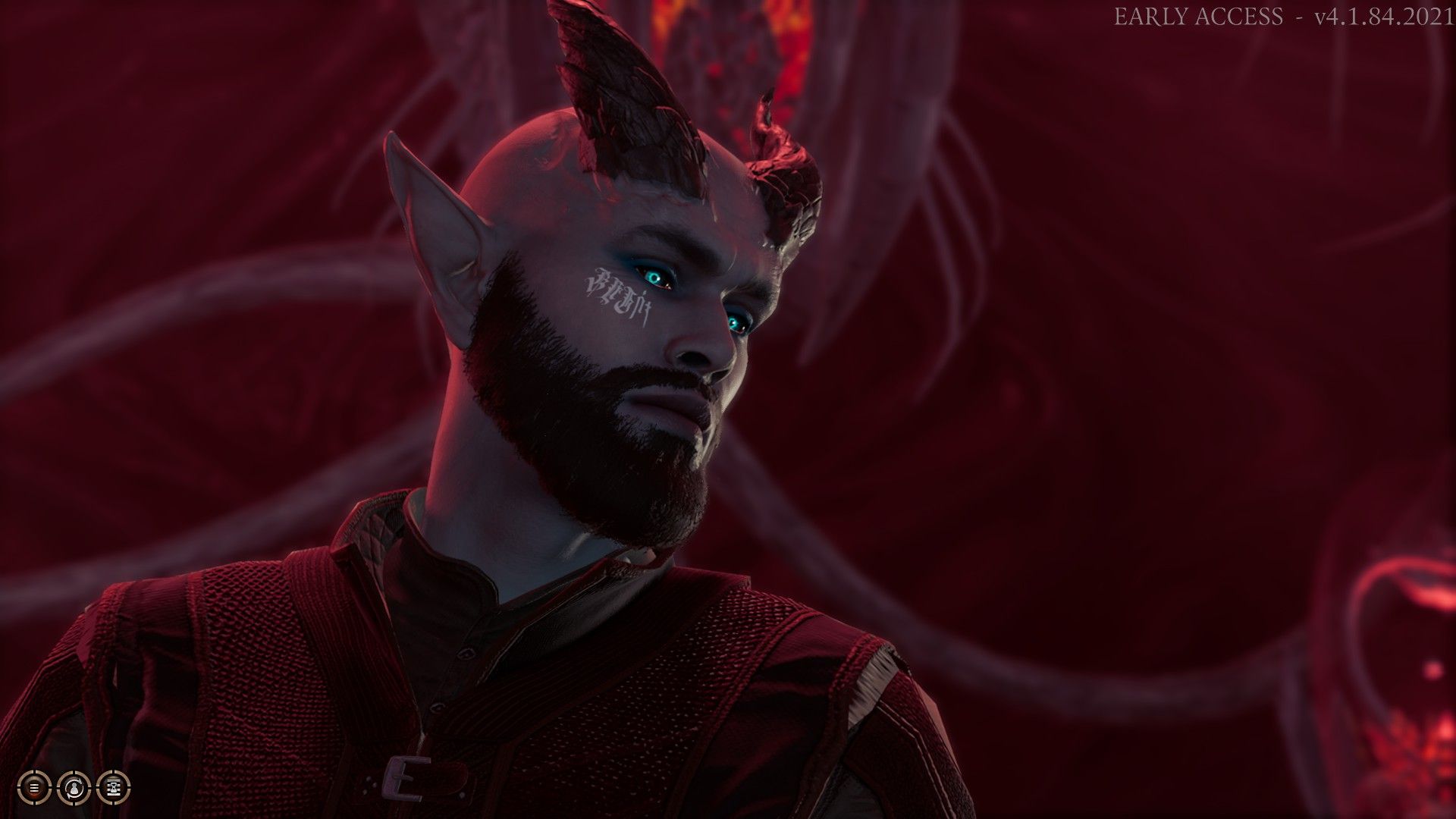 While still in early access, the experience felt more like a long-form demo of what’s to eventually come. Much like Baldur’s Gate II brought the Dungeons and Dragons experience to the PC, 3 brings the first true 5E experience in a similar way. I look forward to playing the final version when it eventually comes out. 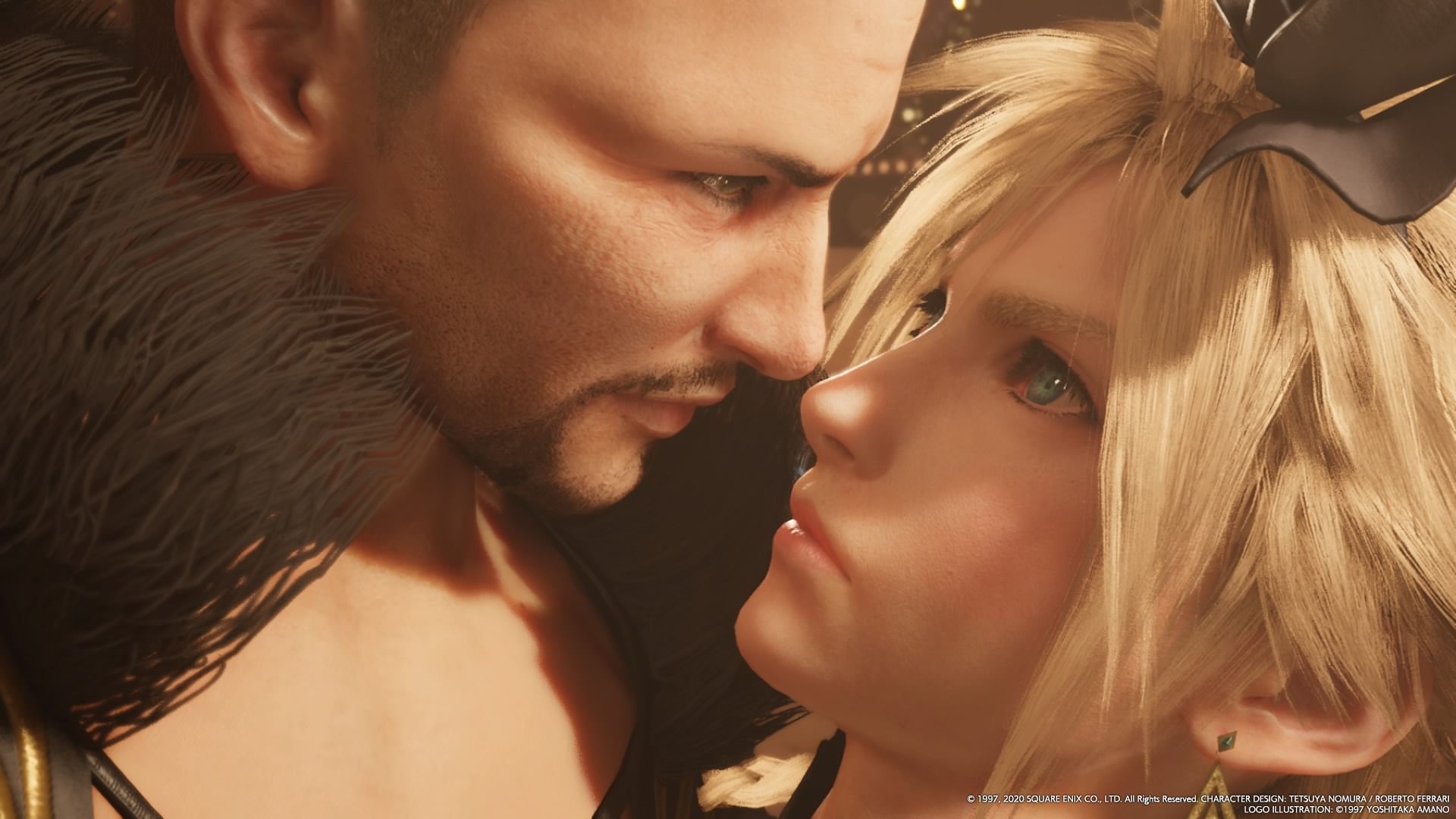 If I had to name a game of the year, Final Fantasy VII: Remake would be it. The original game introduced me to the series so long ago, so I had high expectations. Probably so high in fact, that I was worried the game would be a let down. Between the visuals, combat mechanics, and the changes to the story, Remake far surpassed any expectations I had. My only real complaint is that there wasn’t more to explore.

I can’t even imagine where he game goes next, and that brings this feeling of dreadful excitement. Will I get to visit Kalm? Or The Gold Saucer again? What of Cosmo Canyon? The game ends on such a cliffhanger of being so self-aware of itself that only a Final fantasy game could pull off, and it leaves me wanting more.

I absolutely love Phasmophobia as a concept. It’s probably the closest thing I’ll ever get to a Supernatural game that won’t suck. Still in early access, as a coop game, it’s been a long time sinceIve had this much fun playing a game with friends.

Another game I love in concept, but I am terrible at, and lack the dedication to get better at any time soon. Despite it’s 2 hour long tutorial, it feels like it could take months to really master the game’s mechanics. And perhaps not mastering them could also be it’s best quality of the game- it leads you to make dumb, most often times laughable mistakes that leads to a series of unfortunate events that could plague your entire bloodline for generations. And while it doesn’t sound fun, with the ability to keep playing and jumping from new ruler to new ruler, it leads to some fun and interesting stories to share- like the one time I was king of Arabia, fell in love with an neighboring kingdom’s wife, and became so obsessed with her to the point where I accidentally killed myself by falling out of their castle’s bedroom chamber because I had a character trait of being too obsessive.

Just like everyone else with a Switch, I dedicated most of my early Spring and summer perfecting my island, and recruiting my village. and just like most everyone else, my villagers wonder where Ive disappeared off to for the past 3 months.

The TV show, Wipeout has always been a guilty pleasure to watch when I still watched primetime TV (Tuesdays, 8pm central time, about a decade ago for those who were curious). Fall guys is the video game embodiment of that show, while tripping on shrooms. While it’s easy for the bright colors and cute characters to draw you in, the player base has been absolutely cutthroat. I don’t see myself ever coming in first, but I look forward to checking out every new season’s new offerings

Watchdogs Legion suffers from what I can only describe as an identity crisis. It doesn’t know if it wants to be the overdramatic, way too serious vibe of the first game’s Aiden Pierce, or the wacky antics of the the second’s Deadsec. And because of that I have trouble deciding just how much I enjoy the game, despite dropping 30 hours in since it’s release.

It satisfies that open world GTA gameplay, but lacking a main character, the story feels disingenuous. It’s a fun escape to drive around and do a mission or two, but Ive had more fun collecting interesting people for my team rather than playing through the main story.

For a free Breath of the Wild clone, Genshin is pretty great. But it lacks the main feature Zelda has going for it- the game is not on the switch. While its ability as a iPhone/tablet game is nothing short of surprising, it feels almost unnatural to play it on a PC. I look forward the day it eventually comes to the Switch to spend way too much money on perfecting my team of anime waifus.

Tyler Rilling is the Author and creator of Underlost. They're not an Undertale game. They're also a senior developer for a design agency in Seattle. Probably still playing too much Destiny 2.

I have a newsletter now! Want to stay up to date on the musings of a burnt-out developer that still wants to do way too much? Enter your email and you'll be added to the list, of which you can opt out any time.